I recall Anthony Bourdain saying that the first place a person should go when arriving into a new town is the local market. It is in the market that you get a feel for the people. Addis Ababa is home to the Merkato, Africa’s largest open air market. It was one of two things I told myself I must do before leaving Addis this time. The other is to check out the night life. I meant to see the merkato my first time through in 2007 but I ended up passing on it.

Before leaving I had been warned by fellow blogger Adrienne-is that the merkato was nothing special and that she didn’t care for it. I told her that I’ll go ahead and see for myself and let her know. Well, after spending the morning wandering through its many streets of import knock-offs, textiles, spices and animal carcasses, I decided for myself that this could have been skipped once again and I wouldn’t have missed much. The merkato is a mess of people and very uninteresting in terms of a market. The size is about the only thing it has. I’ve been more impressed with the souqs of Marrakesh, which may not be as big as the merkato but pack a much greater cultural punch.

After about 2 hours I was spent from the dust, dirt and odor of Addis Ababa’s heart. I didn’t carry much with me since I’ve been warned of pick pockets and scammers in the merkato. I did bring my camera but was reluctant to take it out for fear of drawing attention. It was bad enough having to say no to thank you to every self employed tour guide in the market.

You can only research before you leave the country so much and even then the practicalities on the ground tend to be so different that it can be difficult to compare two experiences. My goal for the first day in Addis Ababa, the capital city of Ethiopia, was to apply for my visa into Somaliland. I wanted to get this done before anything else in case there was a delay. I had read that sometimes the laison officer isn’t at the embassy and that some travelers are told to come back at later dates. 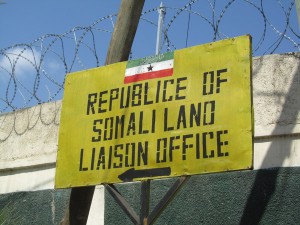 Somaliland itself is not an internationally recognized country so there is no official embassy in Addis Ababa. What I needed to find was the Somaliland Laison Office. When I woke up this morning I talked to Darwit, the receptionist at my guesthouse. I asked for directions. He brought me to the map on the wall and pointed to the Somalian embassy. I told him I needed a visa for travel to Somaliland and that Somalia’s embassy wouldn’t work. He insisted that this is the office I needed to visit and so I reluctantly ventured on foot. Most of the African embassies are pretty close together so I started seeing a few along the path.

Here is where my search got a little interesting, albeit, unnerving. As I was walking I hear a voice from behind, “Alo, Alo! Where are you from?” I’ve been through this before. When you walk around by yourself in any city in Africa you’re likely to encounter people eager to talk to you. He was dressed decent and introduced himself as a Somali from Mogadishu. I told him I was actually on my way to the Somalian embassy right now and he continued walking with me to show me the way. The conversation was pleasant at first but then turned sour. He told me about his aspirations to work in England and that he is in Addis working towards that. Then he asked if I would go with him to a market nearby to buy milk powder for his baby so he can bring it back to him. I told him that I’m sorry but I won’t be able to go with him and help him out and that I have to get to the embassy. He mumbled something about white people that I didn’t understand and then as I proceeded to apologize for not walking with him he interrupted me and said, “If I ever see you in my country, I’m going to kill you!” and walked off in front of me.

I wasn’t sure what to say or how to react but I muttered the words, “That was mean.” I have to be careful not to take this one interaction and let it effect my feelings towards the people who live in this region. I’ve seen this before. There are certainly individuals in every country that are looking to take advantage of western travelers and when it doesn’t go their way they lash out. I can’t say I was comfortable after talking to him but I continued on to the Somali embassy.

When I arrived I was greeted by some men standing outside who confirmed what I had already known. I needed to go to the Somaliland office which was in a different location. He guided me in the right direction and I back tracked. Ethiopian military and police are scattered throughout the district where most of the embassies are so when I would ask one for help he would watch me till i was out of his sight and then I’d ask another for further directions.

I eventually made it to the Somaliland Liason Office and went directly to the visa section. There were two ladies in there who handed me a visa application and asked me to submit it with $40 and a passport sized photo. I ended up having to run back to the guest house and grab my photos but it wasn’t too far. The process itself, not including my wandering around, took about 15 minutes. They stamped my passport with the visa and I was on my way!

I had read prior blogs about getting to the Somaliland embassy which were very little help. All you have to do is ask a taxi to take you to the South African embassy and it is about 50 yards up the road. I now have my 30 day tourist visa for Somaliland and should be making my way that direction later this week.

I again find myself in awe looking out over the Egyptian and Nubian deserts from the right window of my Lufthansa Airbus, just as I did in 2007 en route to Nairobi. I decided for this leg of the flight I would take a window seat and chose the right one. The vast desert that stretches from just south of Cairo all the way to southern Sudan has so little to look at, yet so much to see. I gazed out over the sunset and was met with the overwhelming sensation that I’m back. Just as the sun went down I was able to catch a glimpse of the Nile twisting and turning hugged by city lights, the only sign of development for miles. The continent that has fascinated me for my entire life looks to be welcoming me once again. There must be a certain draw to this particular section of the Africa too. Whether it is hearing the tales of past travelers making the journey from Cairo to Khartoum or the mystique of overland travel in such an empty space.

I’m going to eventually do it myself, however for now I’ll be making my landing in Ethiopia in approximately an hour and a half and will set off on a different type of journey east towards the Gulf of Aden.

I’m checked in at Tampa International, waiting for my flight to Miami and on to a connection in Frankfurt. I will be en route to Addis Ababa, Ethiopia over the next 24 hours. 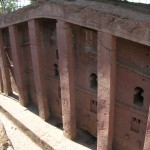 I just added a gallery for my photos of Ethiopia to the photo page. Check em out!