In an exciting development a portion of my story has made it into the mainstream media in the United States. Student journalist, Alex Pena of ABCnews.com interviewed me about my travel to Somaliland. The story focuses on myself and fellow traveler Ali Caldicott who tend to travel to places not quite on the tourist map. I’m not quite a revolution chaser as the headline may suggest but my main points got through in the article and Alex did a good job showing that Somaliland, while tainted by it’s southern war-torn brother, is still a place where travelers can go that is safe and exciting.

Tafuro, 30, had decided that after graduation he would head to one of Africa’s most dangerous countries; Somalia, an area of the world marked by piracy and a strident Islamic insurgency. But he couldn’t resist a part of the country that didn’t officially exist. 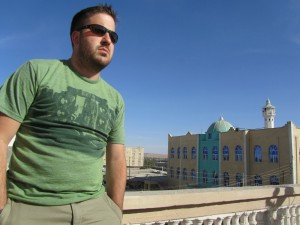 One thought on “Joey Goes Global Makes the News!”